The Problem of Perceived Weakness: How Awareness Can Improve Self-Image 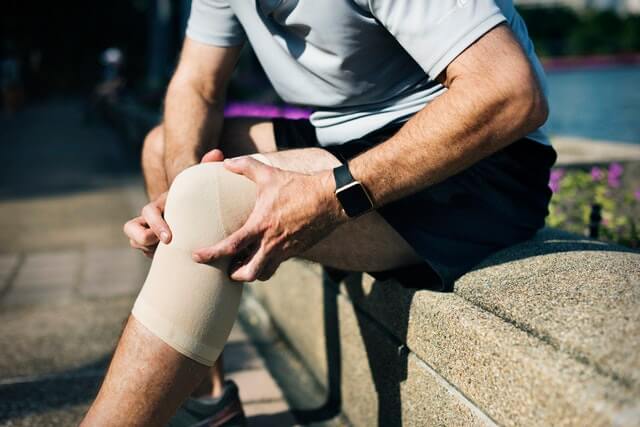 The ideas of self-image and self-esteem are largely considered within the realm of mental application. In other words, how we view ourselves — positively, negatively, or somewhere else on this conceptual continuum of self awareness — has an impact on our mental processes and attitudes toward ourselves and the world. If we think negatively about how we look or act, we often limit the possibility of intellectual or social achievement for ourselves.

But self-image affects more than the realm of the mind—it can, and often does, limit the possibilities of the body.

The self-image that each of us holds in the mind can determine the possible actions that our bodies can take. The physical limitations demonstrated by this idea is at least partly responsible for many of the physical conditions (sciatica, neck and shoulder pain, overpronation of the feet, etc.) that afflict so many of us.

If only we could re-imagine what is possible for our bodies to accomplish, we might be able to get rid of the pain that comes with such conditions.

Our Awareness of Our Perception of Center

In somatic education, self-image does not refer to the sentimental concept that we see so often on advertisements and self-help books (though the latter can be useful if used non-punitively). Self-image in somatics is literally how we perceive our bodies, and that perception is often distorted, missing, or incomplete.

For example, many of the people with whom I work have a distorted perception of their center. When looking at them as they stand, I can see that they favor one foot over the other, or that their head tilts this way or that way, or that their shoulders tilt slightly to the left or right. From their perspective, they are standing with good posture.

What they don’t realize is the levelness or tilting of the head, shoulders, and pelvis are all compensations directly ordered from the brain. The brain’s perception of “center” is dynamic, not static, and dependent upon the relationship between the pull of gravity and the “center” of our mass.

In physics, there is a unique point called ‘center of mass (CM)’ around which the object’s mass is equally distributed in all directions. In other words, our mass is balanced because it is distributed along muscles, fat, bone, organs, fascia, and all connective tissue. For a human, the CM is markedly influenced by gender, body and head posture, and positions of the limbs. When standing upright and hands at your side, one’s “center” of gravity and mass is located just in front of the sacrum (the triangle-shaped bone that holds the two pelvic blades or ilium together). But start to pick up your heel to stand on one foot, as in taking a step in walking, or reaching out the car window to operate an ATM machine, or up towards the top shelf in a closet, your brain quickly goes to work using reflexes, movement pattern recognition, and information from sensory receptors to shift your CM and keep you balanced.

One of the most important jobs of the brain is to orientate the eyes and ears toward a horizon line. The initial reasoning behind this orientation was to help ensure our survival and not be lunch for a tiger. It helps with awareness. In order to achieve this, the CM is constantly shifting so that we don’t fall over. The pelvis is always shifting, and the thoracic spine is always bending and rotating, even just a little, to support or carry the head upright. The further the head, arms, or upper torso moves from the imaginary midline, the further the pelvis and CM will move in the opposite direction.

Sometimes, physical trauma such as falls, injuries, or postural habits can cause one’s CM to shift to a position and literally be stuck. Since the brain is constantly orientating our eyes and ears toward the horizon line, the brain will use whatever part of the body it can to make that happen: tilt one shoulder up and back and the other shoulder down and forward, tilt the head to the right and rotate it to the left, etc.

One of the people who came to me for help had severe pain in his left hip. It didn’t matter whether he was sitting or standing—after remaining in one position for a while, he would shift to relieve the pressure that was causing his hip to strain, but then he would slowly slip back into the position that was causing the pain.

His brain’s perception of center was skewed left. Without his awareness, his body responded by always returning him to that position.

In addition to the brain’s response, another part of the problem was that he perceived his right side to be weaker than his left, so he subconsciously relied more on his left side to carry his weight because his CM could not shift fully to the right. Our brain is constantly receiving sensory input messages, and based on that information or anticipation of information it sends motor output commands telling which muscles should be contracting. All muscles of the human body are neurologically wired to contract or fire in patterns. Muscles of the leg, pelvis, and trunk that contract and support the CM over the left foot are NOT the same muscles that would contract to support the CM over the right foot. Consequently, this subconscious (and to some extent conscious) perception became reality for him as his brain automatically “adjusted” his standing and sitting posture to the brain’s perceived “center.”

Because of this skewed perception of center, his body was limited to fewer possible postures and reaching overhead and to the right or stepping over a baby gate leading with the left leg had him feeling weak, unstable, and unsure. What felt safe for him was actually causing inflammation and damage to his musculoskeletal system. To relieve his pain, he used somatic movement patterns in various positions (sitting, tall kneeling, the hands-and-knees position, and standing along the wall) that progressively allowed the CM to slowly and safely shift to the right allowing the brain to sense new information and accept a new center of balance. Consequently, the favoring of one foot over the other, the tilt of the head and shoulder organically were eliminated and he was able to start relying on his right side with more confidence, which in turn eliminated excessive pressure from his left hip joint and his pain. His exercise program was NOT targeted on “keeping his shoulder down” or “keeping the head straight” or the “pelvis level.”

If he had not learned how to be more aware of his body’s tendency to shift left because of his change in CM his perceived weakness of the right leg muscles would have turned into reality contributing to a vicious cycle of pain, poor movement habits, more pain, joint changes, bursitis, and more pain. His movement possibilities would have remained limited.