Got Foot and Ankle Pain When Walking? Treatment Should Address Nervous System Health 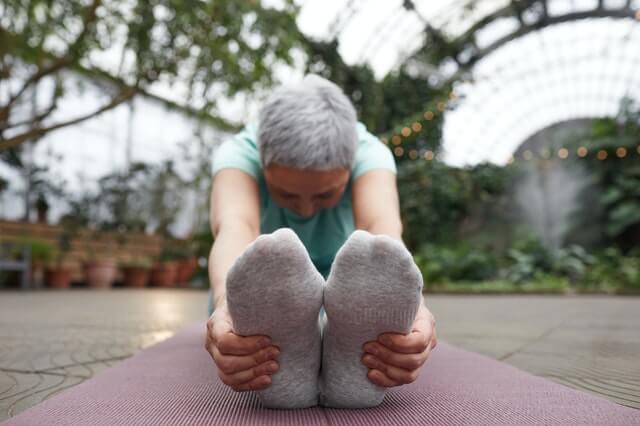 Do you have foot and ankle pain when walking? I recently spoke at the 2021 Feldenkrais Awareness Summit about how treatment should not only relieve pain but also lead to foot health.

If you have foot and ankle pain when walking, whether from an injury, trauma, or age, it is critical to treat the underlying causes. Nothing changes how we move quite like foot pain, and not addressing the source that contributes to the pain could lead to inefficiencies and misalignments in other movement patterns. The slow and insidious onset of foot pain can affect balance and leave you less confident in your abilities, which might make you disengage from activities you love. This loss of enjoyment is a reality for many people.

What if the pain doesn’t get better on its own? If you are asking yourself this question, the treatment you choose should focus on overall nervous system health. Pain relief will follow.

Foot pain is often an indication that something is not quite right, not only in the foot’s muscles and joints but in the neural patterns controlling the foot and ankle, too. Neural patterns are reflexive-involuntary and are completely out of your conscious control. Likewise, your neural patterns—formed by collections of neurons working together—are the basis of all your habits, including all functional movement patterns.

Our nervous system controls much of our movement without our knowledge. Unconscious neural patterns develop over a lifetime, so as we get older, we become more entrenched in the movement patterns that they produce. Sometimes, our movement patterns become inefficient because of past trauma or old injuries. The nervous system’s prime directive is to keep us safe—physically, emotionally, and mentally—so if it senses a threat to that safety, it will adjust accordingly. In some cases, the drive to keep us safe, whether to compensate for weakness on one side of the body or to avoid pain, causes inefficient movement patterns to form. The goal of this drive is balance, homeostasis.

For instance, let’s say you hurt your knee during high school in a basketball game. In the healing of that injury, you were left with compensations that were outside of your awareness.  Your body—with unconscious input from your brain—has had to compensate for the pain and loss of motion over the years.

Similarly, emotional and mental trauma—the death of a loved one, experiencing or witnessing abuse, serious illness, for example—can have a significant effect on your neural patterns, and thus the efficiency of your movement patterns.

These inefficiencies may have slowly created other inefficiencies in your movement, posture, and thought, like slow-motion dominoes tumbling into one another. However, they formed in the first place to protect you from further harm. Our unconscious brain does not recognize neural patterns or habits as good or bad. They are merely the path of least resistance to homeostasis.

When the path of least resistance leads to foot and ankle pain when walking or standing, however, it is time to act, and conscious awareness can help treat the cause of pain.

While the conscious brain can only attend to about seven bits of information per second, the unconscious mind—which is aware of everything you are doing every given moment—can process about 10-11 million bits of information per second. No matter what you are doing, you are unconsciously assessing the invisible force of gravity. The unconscious nervous system automatically adjusts the musculoskeletal and fascial systems against this force so that the eyes and ears align toward a horizontal line.

The spontaneous and shifting sensations of heavy vs. light, especially during movement, are being registered and continuously monitored by the nervous system, independent of whether you notice it or not.

Interested in learning more? Get in touch with me to hear about my services.